In Middleton, WI, a select group of parents have turned the local high school into a modern day City of Troy.

Despite the seperation of church and state being the law of the land, since a January 1, 1802 letter by Thomas Jefferson, addressed to the Danbury Baptist Association inConnecticut, and published in a Massachusetts newspaper. Jefferson wrote,

Jefferson was echoing the language of the founder of the first Baptist church in America, Roger Williams who had written in 1644 of "[A] hedge or wall of separation between the garden of the church and the wilderness of the world."Article Six of the United States Constitution also specifies that "no religious Test shall ever be required as a Qualification to any Office or public Trust under the United States."
Jefferson's metaphor of a wall of separation has been cited repeatedly by the U.S. Supreme Court. In Reynolds v. United States (1879) the Court wrote that Jefferson's comments "may be accepted almost as an authoritative declaration of the scope and effect of the [First] Amendment." In Everson v. Board of Education (1947), JusticeHugo Black wrote: "In the words of Thomas Jefferson, the clause against establishment of religion by law was intended to erect a wall of separation between church and state."[2]
In the Middleton, WI school district just outside of Madison, WI, these parents have started baking brownies and bringing in food to entice young children to listen to their version of the Bible over the lunch hour.

On one side is a group of Christian moms armed with Chick-fil-A sandwiches and 400 homemade brownies. On the other side are public school administrators who believe that Jesus and plump juicy chicken breasts are “divisive.”
The controversy surrounds an off-campus lunch event involving students at Middleton High School known as “Jesus Lunch.”


The public park, across the street from the school is leased by the school district and the school correctly feels that these lunches should not be on campus and should stop immediately.

The school district leases the park during school hours, the email said, so policies that apply to the school campus extend to the park during that time. Those include rules about food safety and food preparation, food allergy procedures and visitor policies.
“We believe that religious or political events do not have a place in our school or on our campus, except when sponsored by a student group in accordance with our rules, which require prior approval,” the email said. “In addition, many students have conveyed to us their concern about a group offering free food to incentivize participation in a religious event on campus.”

Setting aside that it is creepy for a few parents to use brownies to lure kids into your trap, it is blatant illegal and goes against everything that we stand for in this country.

This story has been getting some coverage locally and even nationally, but no one sees it for what it is.   There was a clue though that does(emphasis mine).


A statement from the organizers provided by parent Beth Williams asserted the group is legally allowed to hold the lunch at the park and said students aren’t required to participate in the religious message portion to partake in the food. “Fireman’s Park — a public park owned by the city of Middleton — remains accessible to everyone in the public for the purposes of assembly and free speech,” the statement said. “By law, the lease agreement between the city and the school district of Middleton does not privatize the park.”
Plank and Johnson said in the email to parents that the organizers have threatened legal action against the school district.
If you do not think that the dark money of Michael Grebe and the Bradley Foundation are not controlling every move of these "Christian" parents, just waiting for the School District to stop this so they can sue, then I have a Governor who cares about creating jobs to sell you.
Here is what is planned.  They want these parents to be kicked off the school grounds so they can sue.  It will cost the Middleton Cross Plains School District tenss of thousands of dollars, to defend, while Mike G will send his gopher Rick Esenberg to defend these parents pro bono.   Esenberg will get shot down in all of the lower courts, but contnue appealing until he can get it in front of the Wisconsin Supreme Court.
Then his cowaorkers on the Supreme Court of Wisconsin, will rule in his favor and open the floodgates for "Christianity" to take over our public schools.
You heard it here first, watch and see how this plays out!
"And when you pray, do not be like the hypocrites, for they love to pray standing in the synagogues and on the street corners to be seen by others. Truly I tell you, they have received their reward in full. - Matthew 6:5. 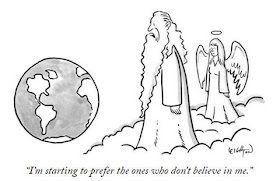